All I want to do is sleep and sleep – everything else is just so unbearable . . . 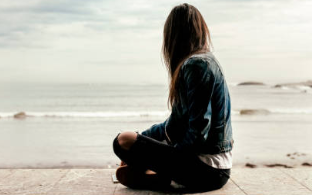 All I want to do is sleep and sleep – everything else is just unbearable . . .

I have written and spoken at length about my struggle with mental illness (see About Me), mainly because most of my books centre around this topic. However, I’ve also been battling another illness, this time a physical one, that’s had a similarly devastating effect and in many ways, the two are closely entwined. Fibromyalgia, a type of ME or chronic fatigue syndrome, has been part of my life for a long time now and has co-existed with my depression since my early twenties, although I’ve only been able to actually give it a name over the last five years. The two have fed off each other – depression almost always sparks a fibromyalgia attack and vice-versa.

It is hard not to get circumstantially depressed when your body limits you in so many ways that you have to rely on others for help and can’t be fully independent anymore. I don’t want to get too technical about fibromyalgia, as that is not the main point of this post, but if it interests anyone I can write a seperate post about it in more detail. However, I will give you some information about this disease, and then try to explain the impact it’s had, and still has, on my life.

Firstly, no two days are the same. I can have a good day, which means that I’ll be awake and out of bed for about 8 hours (good quality sleep is impossible with fibro so I’m usually in bed for about 14 hours, waking every hour, and often awake for long periods of time). During that time awake I’ll do far less than the average person, and if you’ve ever read or heard of the Spoons story in connection with Lyme Disease, then it absolutely explains this illness too. If I manage to have a shower, I’ll need to lie down and rest for about an hour or so straight after, as I’ll be too exhausted to do anything else. I’ll be able to take the dog for a short walk and maybe manage to do some work for a couple of hours after. Or, instead of working, I might be able to meet up with friends for a couple of hours instead. But then that will be it. I might still be awake, but I will be lying down on my bed or the couch, watching something on Netflix, or if I’m really tired, something mindlessly funny on TV. I might be able to read for an hour before bed. I might be able to pick up a few things from the shop and play with Misha on the carpet for half an hour. But that’s basically a good day. For medium days, I might be able to walk Misha but then nothing else, not even read. Or someone else might take Misha out for me and I’ll be able to give just one lesson (I also work as an English tutor), then lie down again straight after. On bad or very bad days, it’s a struggle to get down the corridor to the bathroom. Getting up and dressed is out of the question. I hurt all over. I can’t regulate my body temperature so I’ll either be far too hot or shivering with cold. I have a terrible headache and often stomach ache too – I have sharp pains in certain ‘pressure points’ all over my body. My skin seems to burn. Even rolling over in bed is too painful and too difficult – I don’t have the energy for it or anything else. I can’t even have a conversation. I can’t watch TV or listen to audiobooks – I feel too unwell to bear the sound of either. All I want to do is sleep and sleep – everything else is just unbearable. It is almost exactly like having really bad flu. Except instead of it happening once a year or less, my bad flu happens every couple of weeks and often more. But it wasn’t always like this . . .

I was about 22 and had been going out with my boyfriend for six months. I knew it wasn’t really working and this wasn’t the right relationship for me, even though he was a really good, kind person. We had a difficult breakup and at the end of it, he developed Glandular Fever. He was so unwell with it, he even had to be hospitalised briefly. For him it was very severe, but ended very quickly – about a month in total. He told me to get myself tested, which of course I did. GF is often referred to as ‘the kissing disease’ (‘mono’ in the US) because it’s so easily transferred through saliva and usually affects people in their late teens and early twenties – university students are often its victims. So I was really relieved and quite surprised when I rang through for my results a week later and was told that I was clear. What I didn’t know, however, was that the person on the other end of the line had made a mistake. You have to be very careful to rest and recuperate and build yourself back up slowly with the help of a good diet and extra vitamins, when you have GF. Most people know that. What they don’t know, however, is that if you ignore the signs of GF, don’t slow down or worse, go through increasing amounts of stress, not only do you not recuperate but you go on to develop something much more sinister: as in my case, fibromyalgia, or GF led fibromyalgia, which has a much lower recovery rate of 15%.

I struggled for years. My life became a nightmare. I didn’t know what was wrong with me. The doctors didn’t know what was wrong with me. I went for test after test. I decided it had to be all in my head since nothing was coming back positive. One private doctor I saw over a few months told me I was describing the exact symptoms of fibromyalgia. He was adamant that fibro was the cause. Unfortunately, there is no treatment for it, no cure and I couldn’t afford to keep seeing him. Subsequent doctors claimed that this illness, at the time referred to as Yuppie Flu, didn’t exist. I was appalled. I felt like I was dying and now I was being told that my illness was a fake one invented by malingerers! By now I was working full-time as a classroom teacher for 5-6 year olds and, unlike the other teachers, I wasn’t just exhausted. I was constantly ill. I spent weekends, half terms and holidays in bed. I didn’t even have the energy to make myself a meal in the evenings. I was taking more and more time off work. And then finally, in a desperate attempt to hold on to my job, I started taking painkillers. At first a normal dose, but I was taking it every day. It helped a lot. Then gradually the effect wore off. So I took more. And more and more and more. My addiction to OTC painkillers wiped out most of my 30s. By the time they were ending and Hurt was published, I was taking three entire packets a day. I’d tried to come off them a hundred times but it was too hard. The withdrawal effects, on top of the flare ups of my chronic illness, were just too ghastly to endure. I finally ended up in rehab and got off the stuff but it was then that the true nature of my physical illness, no longer masked by pills, became apparent. I was also at the time, more suicidal than I’d ever been in my life. So, at the same psychiatric hospital, I finally agreed to try the world of psychiatry’s very last resort – ECT (electroconvulsive therapy or electroshock therapy). And so in April 2014, five years ago now, I underwent 8 courses of ECT – given a general anaesthetic and then fed electricity into my brain through wires attached to my head while I convulsed.

The ECT didn’t work. It left me with some major short-term memory problems and word retrieval problems (the worst thing for a writer!), but what really affected me were the general anaesthetics. Although I didn’t know it at the time, a general anaesthetic often causes a major relapse, or worsening of symptoms, in people who suffer from illnesses that fall beneath the chronic-fatigue umbrella term. I now know so many people with CF who, after having an operation with general anaesthetic, spent more time in bed recovering from the effect the general anaesthetic had on their CF symptoms than from the operation itself. And that’s after just one operation. I’d had the equivalent of eight.

I spent a year in bed. Thankfully, my psychiatrist had just returned from sabbatical after taking a year off to care for her two teenage daughters. They were so unwell that they’d had to drop out of school, resort to homeschooling and at times could barely walk. After a barrage of different tests, they had been diagnosed as suffering from chronic fatigue syndrome. And my psychiatrist had come back from sabbatical after researching her daughters’ disease for a year, now almost an expert on the condition. Despite feeling painfully sorry for those two young girls (thankfully now doing much better), it was one of the best coincidences of my life. My brilliant psychiatrist not only became the doctor of my mind but of my body too. Thank God, as there were, and still are, medical professionals out there who refused to believe that these chronic fatigue illnesses even exist.

Despite there being thousands of patients in the UK, like the ones visited by my psychiatrist during her research, who live permanently bedbound, often unable to even lift their own head from the pillow, diagnosed with no other illness than the one I suffer from, there are still some medical professionals and large portions of the general public who refuse to believe it is a genuine illness, or that it even exists. Because there is, as yet, no clear test to prove that a patient suffers from CF, ME or Fibro, many people would rather believe that all those suffering from it are malingerers, choosing to live half lives or to stay in bed the entire time. It is such a cruel, shocking, stupid and uncaring reaction – but it’s one that has a major impact on us sufferers – even at times costing us funding needed into proper research. I have had days when I didn’t even have the strength to roll over in bed. Or have sat stuck on the floor, totally incapable of getting to my feet. To be unable to live and do things that others take for granted and that you used to, too, and then be told that you’re just malingering or that it’s ‘all in your mind’ is something I find and will always find impossible to accept.

Award-winning author of six novels translated into over ten different languages. Published in the UK by Penguin Random House. www.writeranddog.com View all posts by tabithasuzuma 🌸

2 thoughts on “Loss and Recovery – Part One”